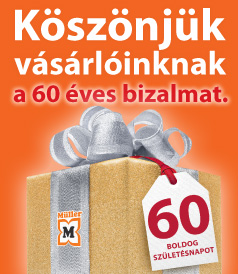 CRIME: High unemployment and other economic factors encourage criminal activity. Use caution and protect your valuables in Tirana, just as you would in any major U.S. city. Violent crime aimed at U.S. citizens is rare and criminals do not appear to target U.S. citizens or other foreigners, but rather seek targets of opportunity, selecting those who appear to have anything of value. Crime statistics indicate a steady increase in violent crime has occurred throughout Albania since 2009. Organized crime is present in Albania; organized criminal activity occasionally results in violent confrontations between members of rival organizations.

Armed crime continues to be more common in northern and northwestern Albania than in the rest of the country. Street crimes are more common at night. Crime statistics show annual increases in all violent crimes, including murder, burglary and armed robbery since 2009. This also includes targeted explosions with 70 such explosions having occurred in 2012. Most were from remotely detonated car bombs or explosives placed at private residences. Although most of these cases are suspected to be the result of targeted violence against specific individuals, you should remain alert to avoid such situations.

Pick-pocketing, theft, and other petty street crimes are widespread, particularly in areas where tourists and foreigners congregate. Pickpockets use various diversionary tactics to distract victims, and panhandlers – particularly children – may become aggressive. U.S. citizens have reported the theft of their passports and portable electronic devices by pick-pockets. Victims of pick-pocketing should report the crime to the police and cancel their credit cards as soon as possible. Exercise caution in bars and clubs in Tirana, where violent incidents, some involving the use of firearms, have occurred in the past.

Vehicle theft and theft from vehicles are not uncommon in Albania. Carjacking can also occur. You should avoid leaving valuables, including cell phones and electronic items, in plain view in unattended vehicles. You should lock the windows and doors of your residence securely when it is not occupied. In the event you are a victim of a carjacking, you should surrender your vehicle without resistance.

Travelers should take standard safety precautions when using Automated Teller Machines (ATM). Try to use ATMs located inside banks and check for any evidence of tampering with the machine before use. Be cautious when using publicly available Internet terminals, such as in Internet cafes, as sensitive personal information, account passwords, etc., may be subject to compromise. Theft of personal items from hotel rooms can also occur.

Don’t buy counterfeit and pirated goods, even if they are widely available. Not only are the bootlegs illegal in the United States, if you purchase them you may also be breaking local law.
Válasz erre

@Jani haverja: "Vehicle theft and theft from vehicles are not uncommon in Albania."